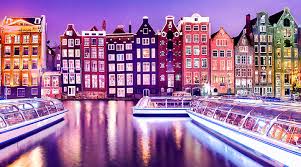 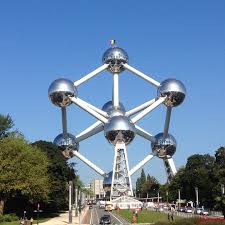 This year, some students from our school went to Italia during one week, on March. After more than 20 hours in the coach, we were very happy to arrived in Naples. During the jouney, we lived in a beautiful hotel next to the sea. It was a wonderful experience for us and we learnt a lot of things.

Only few students went to Napoli before this trip, so it was a real discovery for all of us, about the historical monuments but also about the Italian culture. Because of the fact we lived in a hotel, we didn’t have a lot of contact with Italian except when we shopped during our free times. However, the receptionists were very helpful with us during meals, except the fact that they probably didn’t have a good opinion of French visitors. It was a innovation for our teachers as well, because it was the first time they came with students in Naples, even if they have already organised a trip in Italy before. It was in Rome 3 years ago.

Life in Italy is so different from life in France, even if we have the same money and the same big brand like MacDonald or H&M. For example for food : there is a lot of Italian specialities. Pastry, pizza, tiramisu or pesto sauce are some of them. What surprised us most about food during the trip was that Italians ate pastas before eating the « real » dish, contrary to French people who eat that like the main course. We ate so much during this travel !

Unfortunately, we can’t learn English in our school, so it would be complicated to understand and speak with native people without the little Italian lessons we had with Miss Couturier during our latin hours. Even if we couldn’t know a lot of things, it was a really interesting experience. But we spoke almost only English, it was less complicated !

In Avallon , in the high School , in the noon the pupils go to eat in the cafeteria. They could at differents things but also typical European recipes as much as they could.

For the day of Schuman’s declaration, the “Europe month” was created. The Chaumes high school makes things up around this theme during the may. On the 17th may, the service proposed you typical food from Italy, Germany and Greece. From Italy a Tiramisu, from Greece a beef moussaka and from Germany a salad mixed with potatoes, ham and eggs.

During the cultural week , there were also typical dishes from here and abroad , a Belgian menu with Flemish carbonnade and pork chop « Gaston Gerard » but also an English menu with fish and chips, potatoes and pudding strawberry jam and also typical recipes from our home coming from Dijon with simmered  by Dijon pork and andouilette.

Some students of Chaumes High school went to Poland from March 12th to March 16th.

Classes that left are the scientific Terminale so Terminale 3 and 4 with four teachers : Mr. Terrien, Ms. Beis, De Joie and Rameau.

The journey lasted 5 days. They used a coach to go to Paris then they took the plane from Paris to Cracow and next they took the coach again to go to the hotel. They visited the city of Cracow, a salt mine and the concentration camp of Auswitch-Birkenaw. The scientific Terminale slept in a youth hotel where in the evening they ate soup with pastas in it, potatoes every day, meal and for  lunch they had sandwiches. We asked Thibaud Lasne, a student who participated in the travel, some questions… 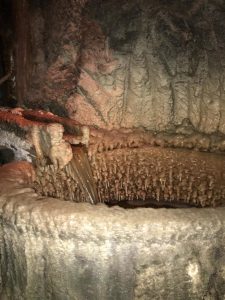 Did you have some problems?

« We stole our suitcase at the hotel, when we arrived at the airport we had too many suitcases so we paid a taxi to bring back the suitcase that weren’t ours at the hotel »

What are your favourite memories?

« It’s when we bought some roses for 3 friends »

What visit did you prefer?

« I preferred the salt mine because it was beautiful »

What food did you prefer?

« I preferred soup with pastas in it »

Did you buy some presents? For whom? 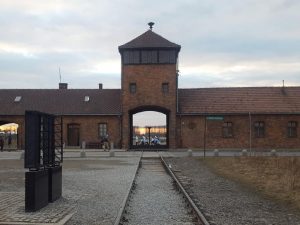 « Yes for my family and my little sister »

To finish, was it a nice trip?

At the beginning of the year, with the two classes of the European section, we made a live video. It was fun, and there were lots of students on both sides.

Everyone introduced himself to the class of Poland, then the Polish students did the same. We sang an regional song called « le ban bourguignon ».

Before that, we wrote Christmas cards to Polish, Turkish and Lithuanian. They answered us and they talked about their culture for Christmas. 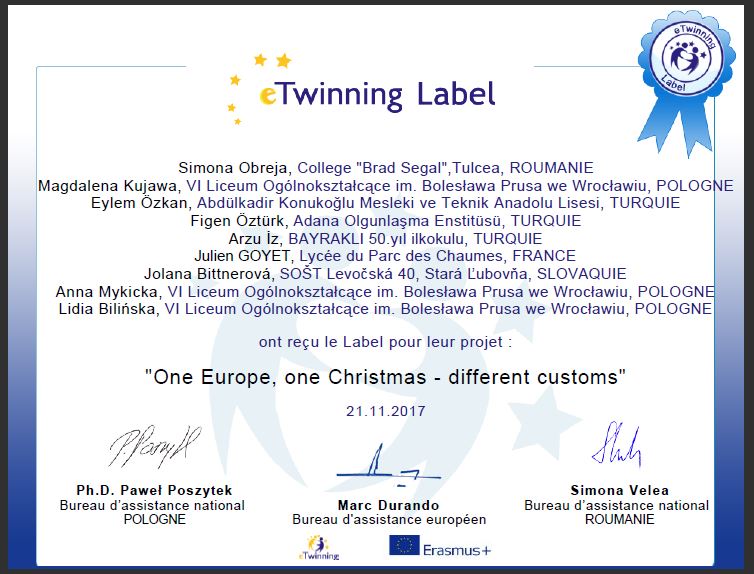 Anna Seighers, is the name of an exchange where German students come in France during one week; French people go to Germany as well with the same partner. The excha

nge has been created in order to improve the language and share culture because the participants live with their partner’s family during the week.

In our school, four French students have been selected to get part of this exchange. We stayed in touch and asked some questions to our partners for this article. Paula is a 16 year-old-German, she thinks that this exchange was very interesting. She has already made another exchange in France (in Brazey en Plaine with her school). During this journey she preferred doing activities with her partner and her friends. However in Germany there is no school in the afternoon as there is in France and they don’t eat there. In the end she would like to do this exchange with the same people again.

Then, Mari is another Japanese and German girl who took part in this exchange. She thinks the travel was very interesting and funny. Moreover, she said that she got new friends (German and French), it made her French better and learned new things about France. She finds the best moments were the shopping on the first day and the bowling on Wednesday. Mari had already done another exchange before this one but her partner couldn’t come in Germany in return… She agrees with Paula about the differences between the French and German schools:  » in France we eat at school and the school’s days end at 5 p.m!!!  » But she thinks that the teachers are different: French teachers are stricter than in Germany. Finally, Meluzina, a French students talked about her trip to Germany. She did a lot of sport like swimming, gymnastic and athletism. With her partner, they went to cinema and then played bowling. The walked around the Rhein and it castles as well. Her partner lives at 90 km from Trier; Meluzina ate Curry Wurst ( Sausage with curry and tomatoes and spaghetti ice cream). She thinks this exchange is worth to discover a new school and a new system, furthemore her family was great and very funny!

As far as we are concerned in Germany we visited a lot of monument as Porta Nigra in Trier, different villages around this city, castles and vineyards. We also ate many specialities. With our partne

rs, we went to their school (only in the morning…) and after this, we did activities with her like sport, tourism or cook. 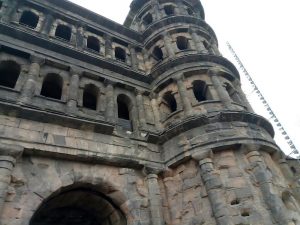 This exchange has improved our German level, has showed how schools in another country are. Moreover, we get new friends today!

During the Month of Europe organized in our high school, we’ve discovered some specialties of the countries that the students have visited. For instance, on the 17th Tuesday of May, we ate in starter, a German salad, then, in main course, beef moussaka from Greece and an Italian dessert, a tiramisu.

In Germany, they have 4 meals.

Opening on Europe also is  a discovery of new cultures throughout customs and traditions and that’s what we’ve done by eating traditional dishes. 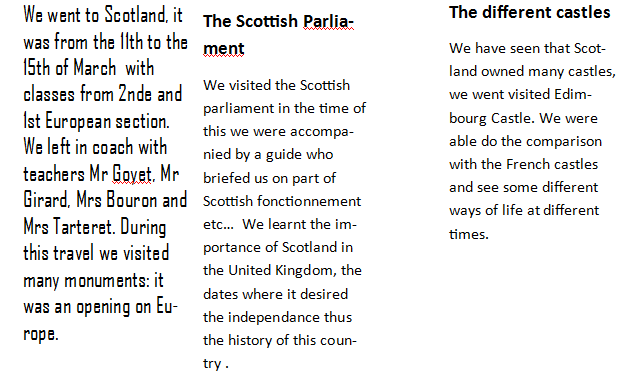 An exchange between the French stud and Spanish stud was organised by Mrs Vitorino spanish teacher to chaumes high school and accompagnied by Mr Gosset.

This exchange consiste in going to discover a new country and to make discover our country to other pupils.

from France to Spain

They ate many typic meals, Augustin said « the meal is very good. I ate leeks with sauce, churros with chocolat, tapas and bruchetta».

The French stud slept in the family houses’ with their correspondant. Lorie said “I watched Spanish movies with all members to the family”.

They went to shopping in Barcelona with only teachers and visited old Barcelona.

At the end of the travel the departure was very difficult “its was terrible that I cried” said Margaux.

From Spain to France

Also the loved Avallon city because it was more verdent than their country.

During their trip, the Spanish stud visited many cities : Avallon, Dijon, Auxerre and Vézelay.

They discovered the French culture, Génis said:  » The houses are very monotonous unlike Spain. »

Many things surprised them for example how we carry our school bag.

To conclude, this exchange has improved languages to students.